Equipped with incredible showmanship and performances, the next-generation K-Pop boy group EPEX is headed to San Francisco for the first time through EPEX 1st CONCERT <EIGHT APEX> in U.S. on February 19 at the PALACE OF FINE ARTS.

The 8-member (WISH, KEUM, MU, A-MIN, BAEKSEUNG, AYDEN, YEWANG, JEFF) group is taking the next leap to the global scene, taking their first steps greeting their fans in the United States with live music and unimaginable performances.

Having debuted under C9 Entertainment in June 2021, EPEX entered the grand entrance to the K-pop scene with their debut 1st Mini Album ‘Bipolar Pt.1 : Prelude of Anxiety’ with the title track ‘Lock Down’, coloring their first page of their and alluring universe. Continuing on with their ‘Bipolar’ episode four months later with ‘Bipolar Pt. 2 : Prelude of Love’, the boys switch up their vibes with a the groovy, stylish title track ‘Do 4 Me’, giving a fresh twist from the powerful beats of their debut song, proving their broad musical spectrum.

Moving on to 2022, the group leaped in to extending their storyline with the ‘Prelude of Anxitey Chapter 1. ‘21st Century Boys’’ with the title track ‘Anthem of Teen Spirit (학원歌)’ yet expressing another powerful beat with impactful choreography to open up and added another chapter into their universe. The following latest album ‘Prelude of Love Chapter 1. ‘Puppy Love’’ launched October 2022, providing yet another twist to their last track with their witty stage presence with their lead title ‘Hymn to Love (사랑歌)’.

With the nonstop marathon of different colours of music and performance, EPEX markes their first step on their world tour starting with Asia through EPEX 1st CONCERT <EIGHT APEX> in SEOUL in November, followed by OSAKA, TOKYO, TAIPEI, and KUALA LUMPUR. Now it's time to finally meet their fans in the U.S. with their jaw-dropping performances.

Ticket sales for this concert will start December 1, 2022 10AM PST

Don’t forget to add your special Meet and Greet tickets to stay after the show to meet the eight members of EPEX with exclusive M&G benefits. 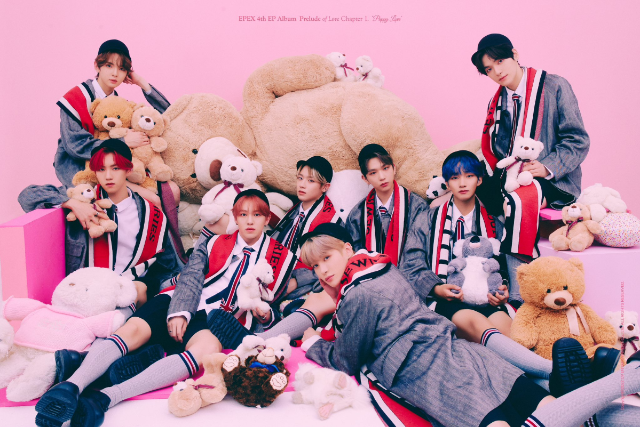