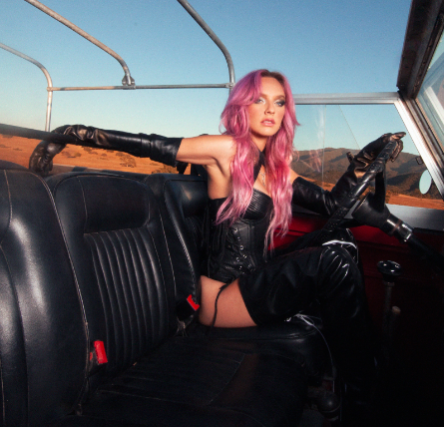 For emerging alt-pop icon Zolita, every song begins as an elaborate movie in her mind, irresistibly rooted in both riveting drama and viscerally real feeling. A truly multidimensional artist, the L.A.-based singer/songwriter/filmmaker matches her fiercely honest musical output with self-directed videos, each revealing the singular aesthetic she honed in part through her studies in film at New York University’s Tisch School of the Arts. Recently signed to AWAL after earning massive success as a D.I.Y. creator (including over 140 million global streams to date and growing thanks to her recent acclaimed viral trilogy of singles), Zolita continues to share her most magnetic and polished work yet, a new EP and video series that spotlights her cinematic storytelling and her wildly catchy, newly unbridled sound.

Zolita’s new single “20 Questions,” a pop anthem that blends shimmering textures and euphoric harmonies with themes of betrayal and taking your power back, perfectly encapsulates her pop-punk energy and gritty effervescence. Introducing a whole new cinematic universe and set of characters, “20 Questions” and its compelling music video (produced, directed, and edited by Zolita) confronts an unfaithful partner and takes cues from real life. “‘20 Questions’ was born when I was thinking back on an ex who cheated on me and all of the initial questions that ran through my head that I didn’t get the chance to ask,” she shares. “20 Questions” is the beginning of Zolita’s most ambitious project to date, one that will take listeners on a sonic and visual journey through falling out of love, falling in love again, and the time in between with guitar-driven pop gems, sparkly acoustic love songs, and meditative ballads.

Receiving critical acclaim for the release of “Somebody I F*cked Once,” which was shortly followed by “Single In September” and “I F*cking Love You,” Zolita’s episodic viral trilogy of narrative-driven music videos were a sharp departure from the moody dark-pop of past efforts like her debut album Evil Angel and put a brilliant twist on the classic teen movie. Showcasing Zolita’s desire for LGBTQ+ visibility, the trilogy was produced, directed, and edited by Zolita herself (who played an essential part in everything from production design to casting) and also starred her as a cheerleader who falls in love with an artsy outsider named Gia. The “Somebody I F*cked Once” video went viral immediately after its premiere, amassing five million YouTube views in its first week alone. As a follow-up, the trilogy’s second installment “Single in September” introduced a heavy-hearted but exhilarating portrait of a fast-fading romance, built on a particularly poignant vocal performance from Zolita. Continuing the narrative arc of its predecessor, the video follows Zolita and Gia through the blissed-out whirlwind of summer love (sharing ice cream cones, making out in a top- down convertible), then crashes into the quiet heartache of their breakup. “I think it’s so common for people to believe that your first love is going to be your only love,” says Zolita. “I wanted to capture that feeling of trying so hard to hold onto someone, even though you’re in such different places now.” And with “I F*cking Love You,” the trilogy closes out on an unexpected and thrillingly joyful moment of reconnection.

Born Zoë Hoetzel and raised near L.A., Zolita grew up in a highly creative family who nurtured her artistic side from a young age. To that end, she first discovered her innate gift for music by playing flat-pick guitar with her father (a bluegrass aficionado and longtime banjo player), and later began writing her own folk-leaning songs in her bedroom. “It was mostly something I did for myself, as a form of therapy,” she says. In high school Zolita immersed herself in photography, almost instantly unveiling her left-of-center sensibilities.

Naming David Lynch and Darren Aronofsky among her favorite filmmakers, Zolita next headed to NYU to study film but soon found herself drawn to the world of music-video production. “It hit me that videos were a way to combine everything I love,” she says. “Not just music and film, but choreography, fashion, activism—there’s so much you can do in a three- minute time span.” After refining her stylistic approach by creating a number of videos for her own songs, Zolita had a major breakthrough with the spellbinding visual for “Explosion”—a deeply intimate track she wrote alone on guitar, then transformed into an epic yet slow-burning meditation on desire. With its heady collision of religious iconography and raw sensuality, the “Explosion” video quickly went viral and ultimately clarified Zolita’s intentions as an artist. “There were so many young queer people coming together in the comments and talking about how healing it was to hear someone sing about love between queer femme women, and I realized how badly that gap needed to be filled in pop culture,” she says. “That was the moment when I decided, ‘This is what Zolita is.’”

Since the arrival of “Explosion,” Zolita has gained lavish acclaim from the likes of Billboard, i-D, Paper Magazine, V Magazine,Out Magazine,NYLON,Gay Times,Dazed, andInterviewwhile further pushing her boundaries with releases like “Holy”—a darkly hypnotic track for which she created a dystopian narrative short, centered on a female

student who joins the girl she loves in leading a rebellion against their cult-like patriarchal schoolhouse. In the making of her latest body of work, she achieved yet another milestone with the production of “Somebody I F*cked Once,” whose guitar-heavy and galvanizing sound defines the next era of her music. “For a long time I was bouncing off other people and exploring different ideas for my sound, but ‘Somebody I F*cked Once’ was a real a-ha moment,” says Zolita, who recorded the track with L.A.-based producer Hiser (Chloe x Halle, Hey Violet). “It makes so much sense to go for something more guitar-driven, considering my whole experience of growing up playing guitar.”

Zolita is also focusing her seemingly limitless creative energy on developing her live set. “I’m excited by the idea of combining a very conceptual, theatrical stage show with music in a more pop-punk vein, because I don’t think we’ve seen that before,” she says. And as she’s learned on past tours (including a nationwide 2019 run with electropop star XYLØ), the live show allows for an extraordinarily close connection with her audience. “I talk to people online all the time, but to hug the people who’ve supported me is so amazing,” she says. “I love it because I never hear things like, ‘I’m so obsessed with you’—it’s usually something more like, ‘You really helped me embrace my queer identity.’ One of the most important things for me is to normalize queerness, and to show happy endings for queer people. I never thought of that as a kind of activism before, until I saw firsthand what it can actually do.” 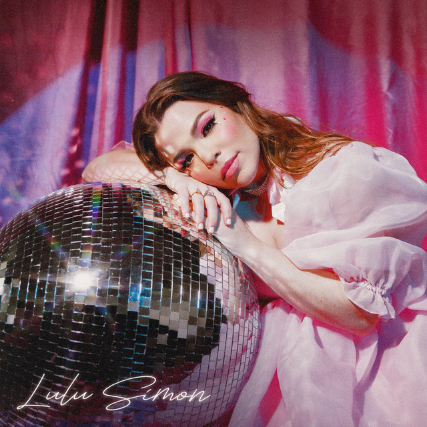